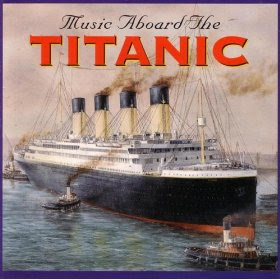 The poor old Economist magazine doesn’t know its arse from its elbow when it comes to
trying to form a coherent opinion about the EU. Normally it is blissfully content puffing up the arrogant nonsense emanating from its buddies in Brussels, advocating Eastern expansion of EU influence at every turn. But when that same eastwards drift finally gets a bit of traditional Russian ‘treatment’, demonstrating the EU’s appalling strategic weakness, including its lack of military power, the Economist is at a loss.

The mistake made by the EU, George Bush and NATO has been to stroll eastwards, ignoring Russian sensibilities at every turn, inviting Putin’s anger and setting him up with the opportunity to strike back and humiliate the West.

The Economist (quoted in Open Europe) argues that

“the hard truth, for Georgians and others, is that pleas for military backing from the West in any confrontation with Russia are unlikely to be heeded.” It calls for the EU to drop negotiations on a partnership agreement with Russia, and for NATO to admit Georgia and Ukraine.

It’s really incredible that a supposedly intelligent magazine for intellectuals, academics and others who enjoy thinking deeply about events, can be quite so blinking ridiculous. The reason the Russians have engaged in a military response in the Caucasus is precisely to halt the push of NATO, the EU and America into Russia’s hinterland. If the EU were to send in enough forces to make the Russians withdraw, then they would be entitled to further stir up Russia’s anger by advancing their political structures further east.

But adding further insult is only going to get more unprotected civilians killed by the Russians. If the Economist doesn’t realise that, then they should close down their publication immediately, as they are propagating not merely nonsense but dangerous nonsense.

The EU cannot see that it itself is the underlying cause of the bloodshed in Georgia, by being so weak and unable to do anything to protect Georgia. Without being willing to fight, there is no choice but to make an agreeement with Russia at some point. Medvedev however, made a deal with Sarkozy, but Putin completely ignored it. It is hard to see how any deal with the Russians can be made to stick with Putin in control.

If the EU isn’t willing to go to war, and it quite plainly is not, then it has to take on board that Putin is willing to do so, and will simply ignore negotiation that is not backed by threat.

The Times seem to have made the right connections. Also from Open Europe –

Gerard Baker argues in The Times, “we should never forget what Mr Sarkozy and his EU officials got up to this week. There can be no clearer indication of the perils that threaten the West if the EU gets its way and wins more clout in the world. This, remember, is the same EU that wants to take over foreign and security policy from member states, an institution that is always eager to pump itself up at the expense of democratic institutions in those member states, but which crumbles into puny submission when faced with authoritarian bullying overseas.”

No wonder more and more people turn to blogs for their information and opinions, when publications like The Economist which should be offering sound strategic advice are clearly riddled with the same corruption of the mind that seems to beset our government in London as well the part of it that resides in Brussels. The Times as part of the Murdoch stable, used to be hawkish as to further expansion eastwards by NATO and the EU, but seems to have, at last,learned some common sense.

Britain and other countries must get out of the EU. It is downright dangerous drifting in ignorance, like The Titanic, towards World War 3.

4 Responses to “Wake Up Economist! The EU Is Pathetic.”