CLICK ON MAP
An article in The Telegraph outlines the ways that pro- and anti-Russian ethnic tensions within the Ukraine are building. The Ukrainian President issued a decree restricting the movement of the Russian fleet during the Georgian crisis, and this could also be taken as a provocation by Putin. The Ukraine, in any event must know that it has to be next on his list.

From the Telegraph’s article –

Miss Timoshenko has also been critical of a presidential decree restricting the movements of Russia’s Ukraine-based Black Sea fleet in its waters.

“This unilateralism on both sides causes problems,” said Mr Nemyria. “The president took unilateral action in his announcement. There must be a mechanism to cover this issue but if it’s not workable and not enforceable, it could act as a pretext for the other side.”

Russia’s intimate relationship with Ukraine stretches beyond the origins of its empire. The two nations share an ethnic Slavic make-up and the Orthodox religion. Ukraine has successfully steered west since 2004 while Russia under Vladimir Putin has become steadily more autocratic, both at home and abroad.

With at least 17 per cent of Ukrainians claiming Russian nationality on census forms, a ready constituency for Moscow lives in Ukraine. If inter-ethnic frictions build, Russia would have a reason to intervene as it did in Georgian.

So far Ukraine has avoided ethnic clashes. Mr Nemyria, a native Russian-speaker, claims that the handling of communal tensions is one of the great achievements of its independence.

However, there are signs that distrust is mounting. Ukrainians increasingly insist on speaking the national language, a development that has left many Russians excluded from both national affairs and small-scale social events.

At a riverside disco in Kiev, Tatania Lytvyn, a 32-year-old IT consultant, visiting from the Russophone city of Donetsk, partied inconspicuously yesterday in a showcase venue for Kiev’s newly prosperous elite. But during a prize giving announcement in Ukrainian, she was suddenly dismayed.

“It’s become really hard for us. Everything is pressure to use Ukrainian and people get really mad if we don’t,” she said. “But who cares about Ukrainian? Who learns that language?

“Russian is known all over the word. It’s disgusting but what can we do.” 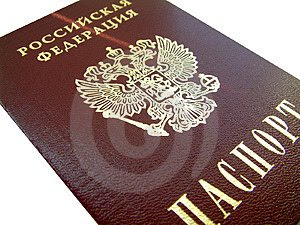 To read the whole article describing the growing political and ethnic tensions inside the Ukraine, which Putin will be trying to find a way to exploit, see HERE.

And for the method that Putin is using to prepare for his intervention in The Crimea, that is, the mass issuing of Russian Passports, see All Eyes On The Black Sea.