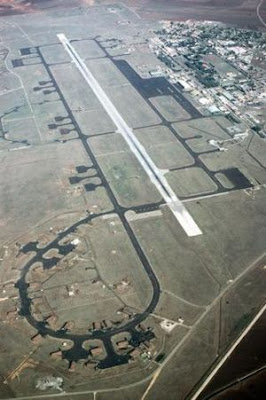 The military games being acted out in Georgia and around the Black Sea are getting dangerous. Putin’s next objective is undoubtedly Sebastopol in The Crimea, which he was expecting to be in a position to secure as Russian territory, as he has done with Abkhazia and South Ossetia. But with NATO already using muscle to nudge Russian ships away from the Georgian sea-port of Poti, and keep it open for resupply to Georgia, Putin’s path to Sebastopol by sea is going to be blocked.

As the statements coming from Moscow below illustrate, the Russians don’t believe that NATO will ultimately fight over Georgia or the Crimea, and they are merely trying to send a political message.

German, Polish, Spanish, and Canadian warships are among the members of the multi-national squadron being assembled in the Black Sea, according to Georgian media reports.

Russian admiral Sergei Kasatonov admitted the growing NATO naval formation would soon be stronger than the Russian Black Sea warships off Georgia and Abkhazia’s shore, but added the Kremlin could in case of a confrontation deal with the western vessels “using other forms of combat power, including aviation assets.”

Kasatonov’s comments made in Moscow were among the first public statements by a top Russian official of possible naval combat between Russian and NATO forces in the Black Sea.

The motivation for the increasing NATO naval presence in the region was “primarily political and not military,” he added.

The problem for NATO will be when the Russians turn around and decide to put pressure on the NATO Black Sea fleet and the muscling comes from their side, NATO will find itself unable to back down. The resulting potential naval blow up with NATO ships surrounded by Russian aircraft and anti-ship missile capabilities, would be appalling.

If the Russians don’t think the NATO fleet will bother them too much, they would however think twice if American aircraft were able to deploy in sufficient numbers into the theatre. The relationship with NATO member Turkey will be crucial. 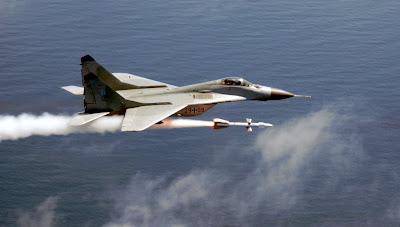 One of USAFE’s 7 primary ‘European’ airfields is at Incirlik in Southern Turkey, pictured above. The Western world could soon find itself owing its containment of Russia’s resurgent power to a number of pilots far fewer than those mentioned by Churchill in The Battle Of Britain.