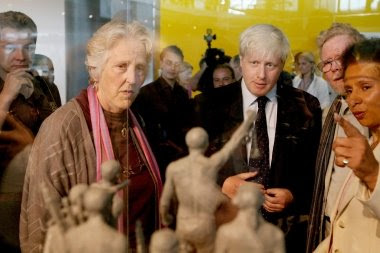 The polls are giving the Conservatives ever larger majorities, the latest from Yougov showing 48% to Labour’s 24%.

What do people backing Conservatives want or expect? An end to the agony that is Labour, probably. A revival in the economy, doubtless.

But if government spending is entrenched, protected by Labour Laws, Union activism, and regulations lined up row upon row to stop any government from making any decisions, there will be little Cameron will be able to do, even if he has a 400 seat majority. 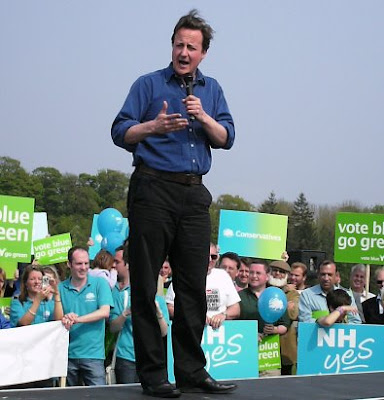 Britain is half dead now. It would take 100 Margaret Thatchers to bring her back to life – not a me-too Blair ever mindful of treading a delicate politically correct line in the media. Someone has to stop pretending all is fine in the woodshed first if they are do anything about it.

With Russian tanks threatening to run a trail westwards, the world could soon be shocked out of its complacency. Or maybe the credit crunch will bite so hard that people get the message. Britain needs some real leadership again.

Gordon Brown is beyond doubt completely unequal to the task of leadership in this time of crisis. It is quite awful for Britain that we have to endure his weakness any longer. He only encourages our enemies to greater acts of defiance, the more they see they can get away with it with impunity.

Britain will need to dig deep to survive – whether it be from the clutches of the EU’s bureaucracy, or from Russian nuclear terrorism. Majorities will make little difference once people are genuinely fearful, and evil acts colour their minds. Only leadership will count.

People might say of Cameron, ‘cometh the hour, cometh the man’. But in all honesty I see him as already out of era, as part of the weakness that is allowing the march of evil to advance further and move faster. He should be crying out about defence spending withering while wars are being fought, and about Brown recruiting hundreds of ‘diversity’ officers to staff his client state, and suppress the initiative and entrepreneurial spirit of the British people. 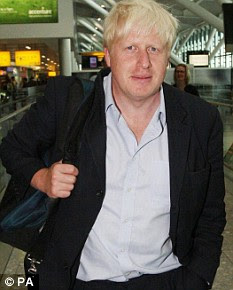 Boris Johnson is a voice, challenging the Conservative Party’s current orthodoxy, yesterday claiming that the ‘broken society’ is ‘piffle’ in his Telegraph column. Only under a leader who speaks it like it is, such as Boris, will Britain achieve a worthy future, where words like ‘piffle’ stand tall above the carefully constructed phrases of political correctness, such as – diversity – unfair dismissal – health and safety – occupational health – sexual or racial equality – phrases which are granted total power over all situations, which transfer no real meaning, only fear of unreasonable legal consequences.

They could all be handled just perfectly with one swipe of Johnson’s pen. ‘Piffle’ could apply equally to the wretched lot of them, for all the good they do. But without clear leadership, and with legions of slimy bureaucrats and lawyers buried in the woodwork wreaking their effects, all these entrenched programmes will continue to hold people down, and stop them taking responsibility for themselves, let alone their being counterproductive to the interests of those people the programmes claim to serve.

Boris Johnson is the only voice in politics that speaks with freedom of the soul. It is only if people remember that their souls can be free that they will be able to fight back against the stultifying effects of the bureaucratic night that has descended. Johnson in his style of writing, gives us back what we once had and refuses to bow down to the noxious constructions of government and EU lawyers. He tells you what he sees.

Only in such a spirit will we be able us to survive and rebuild our economy and our country. As servants to political correctness, being made slaves to the thoughts of others who are powerful over us, our country’s wealth-creating vigour and our peoples’ willingness to fight for their survival will die. ‘Piffle’ is the ideal single word to tell you that Johnson doesn’t buy into the orthodoxy, and that his mind is slave to no one.

That refusal is the basis of real leadership.

and lower – on his way, economy class, to receive the Olympic torch in Beijing in front of billions, upstaging Gordon Brown.

MUST READ – ‘Who do you think you are, Boris Johnson?’ by Rentoul in the Independent HERE