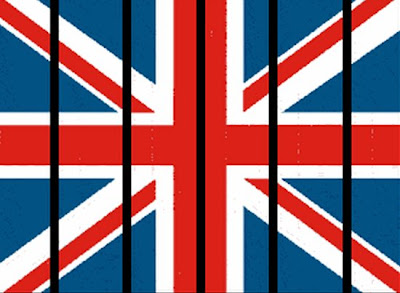 I have been in the UK since the end of June until now, staying at my parents. Blogging has been particularly trying, as ‘mother’ is very keen to talk to her homecoming (53-year old) son (father cannot join in easily), and writing has been carried out as an aside to day-long catching-up chats. A bit of real life has intruded into my blogging ‘fantasy environment’, with obvious consequences to the standard and frequency of posts. Right now though, she’s out for two hours so I’ll take my chance.

One topic that seems to be in everyone’s minds, understandably given Britain’s overall financial astuteness, is the effects of the current recession. Prices are soaring, with inflation, it is claimed, approaching 5%. Unemployment is set to rise by 300,000 or so, while companies and individuals who can, are abandoning ship to low tax regimes, and kinder climates. The government, as Oborne points out in the Mail, is in total denial about the dire straits of public finances, and the IMF is already watching us carefully, and warning. Oborne writes –

More embarrassing still, the International Monetary Fund is starting to take a close interest in the parlous British financial position, just as it did when Denis Healey was Labour Chancellor during the economic crises of the Seventies.

Back in July the IMF issued a fierce warning to the British government to bring its borrowing under control.

It seems as if the big picture spells nothing but doom and gloom.

But on a personal level, how much of all this needs to matter?

Many will be surprised to find with the general picture so appalling, that when they think about it, their own lives seem to have better opportunities than before. If asset prices are falling, for example, many first time buyers will be finding that at last they can afford a house. Others who need to invest could find that shares are becoming a good way to acquire a sturdy nest egg. If you think like a buyer for the future, and not a seller of the past, the world is opening up to you as it hasn’t done for a while. This is the strange effect of recessions. Approached correctly, they provide a surge of new opportunities.

Some will lose their jobs, of course, but how many people look back to old jobs lost, without seeing that it was often the best thing that happened to them, bringing them to retirement earlier, or emigration, or a new job in a field more suited to their abilities and interests, or a retraining, or a new beginning of another kind? How many successful businesses begin out of redundancy – businesses which otherwise would never have happened?

That’s not to make light of tragic or negative outcomes, but life always contains tragedy, in good economic times as well as bad. We all have to adopt as philosophical an attitude as we can when we’ve shed enough tears. That’s life. 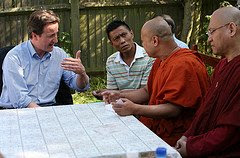 The thing is to get the feeling of loss over with as quickly as possible, and not to dwell there, and to redesign the thinking about the future. That is stage one, realising that there is a future to go to.

Businesses that see sales fall should not be down-hearted. If the product that used to keep you busy has died, now is the moment to find the new one that meets the customer’s demand. Or to go online. Or to re-locate manufacturing. Or to put all the effort into finding a new wind, as strong as the one that the business found ten or twenty years before. In the busy times, there was no time to look around and to make big changes. Now you have time and can restart and redesign from the beginning. These chances only come every ten years or so at the most.

People behave better in recessions. When money is plentiful, many become arrogant and won’t listen. New ideas are poopooed and rejected. In a recession, ideas are listened to. People will try things out a bit and see if their jobs can be made secure through novel approaches. Business owners are looked to to be strong and not to panic, and are respected, whereas in good times, many regard them as over-privileged or unfairly advantaged. You can pull people together more easily into joint effort when times are tough. You can demand and get superhuman effort, which would not be given when money seems easy and plentiful. Leading people becomes easier, and results seem to happen quicker.

The big problem with the 2008 recession is the overhang of debt, both personal and government debt. That leaves one other area of the economy though which has minimal debt – companies. They have for the most part built strong balance sheets over the last 16 years of growth, and unlike in the 1970s, most now have secure financial positions. They are ready to move on to re-build their markets and re-establish their cash flows.

Even government agencies loading on the regulations seem to understand that the burdens they impose on businesses are not helping the situation, and back up a little. Planners are more likely to approve development schemes, aware of the urgent need for jobs and investment. Again people with money are respected, and the stability they can offer is much needed. They are regarded less with jealousy and are appreciated for the strength they give to the economy.

Yes the government has trashed Britain as much as it could have during the good years creating the worst mess imaginable. What Gordon Brown has done to the country is unforgiveable as people have now suddenly taken on board. But these fools will soon be gone and replaced with a new younger lot keen to make their mark. Taxes will fall. Waste will be hammered, and public services will work happily and effectively again.

And yet to do what needs to be done to make life in Britain livable once more, there will be one big hurdle to make, or the improvements that should be born out of the current changeover-period will be lost. That hurdle is a big one, but a completely necessary one – to get out of the EU. Otherwise it will hold the country down on the floor, and stop the new lot coming in, from being able to do the things that need to be done. 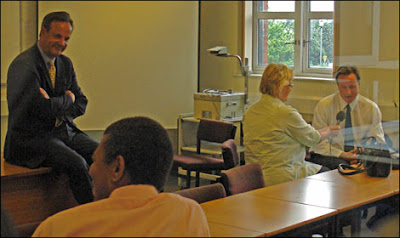 I won’t be coming back to Britain to live unless Britain leaves the EU. I loved living here when Mrs Thatcher sorted out the troubles we lived with before her time. Now it all needs to be done again, with an equally determined leadership. I will not live in a country which allows total idiots to run the place, I’m afraid. Cameron will only be seen as a success if he has the strength to address this issue, and get the hell out of the biggest mess Britain has ever been throughout her long history. If we do that, we will do just fine again, but with the EU’s tentacles growing over every aspect of life, the things that could happen to make Britain ‘Great’ once more, will be held in check. It’s a tragedy I prefer not to have to see.

There are plenty of other countries in the world where bureaucracy has not throttled people into submission. That’s where I’ll be, in one of those. But if ever Britain were to shake free once more, and rediscover its culture and its joy, I’d be back. But right now, it’s all just too sad to be here. It’s not the recession, though. That’s a great opportunity. It’s the EU, and the pathetic governments that allow it to wreak so much damage to our once proud land. I can’t bear to see it any longer. Next week I fly ‘home’. 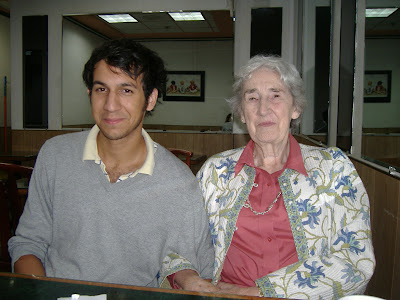 PICTURE – My formidable mother with her third eldest grandchild George, in his final year of a Politics degree at Birmingham University.

4 Responses to “Oh What A Lovely Recession”