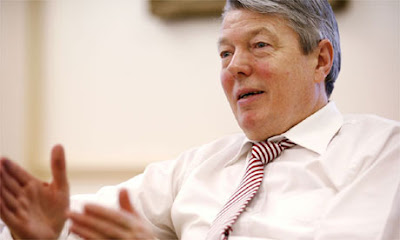 The Labour Party leadership issue rumbles on, and the longer it does, the more it becomes obvious that europhile New Labour is quietly slipping away into history. Miliband tried valiantly to pitch for the leadership, clearly the Brussels favourite, but after the Brown fiasco, Labour MPs and Trade Unions are no longer willing for their leader to be parachuted in under some behind the scenes deal, which pleases the Party’s former masters in Brussels.

The fact of the Conservative’s 20% lead in the polls is concentrating Labour hearts and minds. If New Labour would bring electoral success, Labour MPs would probably carry on tolerating New labour – what most see as a right wing pro-business leadership. Concealing their left wing beliefs seemed a small price to pay to keep the Tories out of power.

But the situation has reversed. Labour MPs would stand a better chance of keeping their seats now were they to dump New Labour and Gordon Brown, get back to their fundamental beliefs, and reconnect with their core supporters. 20% of voters polling Conservative say they would return to Labour if the leadership was changed, and that presumably means not just as regards Gordon Brown’s personality, but also if policy were to be changed also.

With that in mind, just as the Miliband charge is running out of steam, and meeting growing public resistance, the left is preparing its own assault on power, and is allegedly (according to The Guardian) preparing a joint ticket including Alan Johnson and John Cruddas.

Their past positions relative the EU are therefore of some interest, especially to dedicated eurosceptics such as myself.

Cruddas confusingly campaigned against the Lisbon Treaty for a while but eventually voted for it when the vote went through the Commons, deciding not make himself into a LIsbon martyr, but his earlier opposition was clear enough evidence of where his real beliefs lie. His allegiance to Brussels is certainly less strong than David Miliband’s.

As for Alan Johnson, as Health Secretary, he has been forced to adopt a eurosceptic stance on the new EU Health Directive, which permits Britons to go abroad to seek medical services in other EU countries, and then request subsequent reimburesment. This would favour wealthier patients, as poorer patients would not be able to afford to travel abroad and fund their own treatment.

The Directive would in turn start to unravel the whole approach taken by the NHS – of helping the poor to have as equal an access to medical services as rich people, and it has angered Trade Unionists and Labour MPs. See this report from Open Europe.

If the Johnson/Cruddas ticket were to send Gordon Brown packing from Downing St, and the more eurosceptic instincts of Johnson and Cruddas were to become a key influence, the Lisbon Treaty might suddenly find itself looking less than secure in Britain as well as Ireland and as a result, maybe a few other countries besides. Such moves would steal a little of David Cameron’s thunder and would raise the chances of Britain being propelled closer to an EU renegotiation. Let’s hope.

Extract – ‘There is going to be a leadership contest,’ said one influential Labour official. ‘The last week in August or first week in September is when things will happen.’