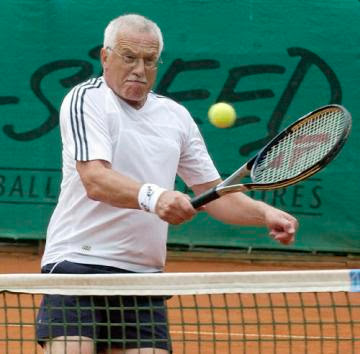 There are few political voices left in Europe that tell it like it is. There are still one or two though, who seem to have some overall vision of events, and are not fixated solely with accruing status and influence inside the corrupt world of EU bureaucracy. One of those voices which speaks pure common sense and shows no fear of the hideous mess that the EU is making of Europe’s future, is Vaclav Klaus, President of the Czech Republic.

He can see that the recognising of Kosovan independence by the West, which was declared in February this year, was a colossal mistake which has done more to destabilise the world than any other individual political act since WW2. It enabled Vladimir Putin to tear up the rulebook as to the sovereign power of nations, and invade Georgia and maybe others still to come.

The EU detests national sovereignty and insists on reducing it and belittling it to its own advantage, whenever it can. If the dangers and inappropriateness of ending the free existence of democratic sovereign nation-states had not for some reason been realised before, there can little doubt of them now. Vaclav Klaus as so often before is not afraid of telling the clear truth as he sees it.

This report comes from Associated Press –

Klaus says when many Western powers decided to recognize Kosovo’s break from Serbia in February, it “gave Russia a strong justification for its actions (in Georgia)” after fighting broke out last week over the separatist region of South Ossetia.

Klaus also said Friday he was worried that the precedent of Kosovo will have long-term consequences in other parts of the world with separatist-minded regions.

He also rejected the idea that the Georgia-Russia conflict is a strong argument for the installation of a U.S. radar base in the Czech Republic as part of a missile defense system.

If there is one political leader in Europe who dares to speak up for the truth and for ending the dangerous drift towards war, then maybe there will be another. David Cameron is to visit Georgia this week. Will he be uttering EU-friendly platitudes, or will he too see that the security of nation-states is the basis of the international system, in the same way that he sees families as being the individual units of society?

The EU, by destroying our nations, is destroying our security. The drift into chaos needs to be stopped. Who will provide the new Churchillian voice that gathers the human spirit together to rebuild a peaceful and functioning international world order? The tinkering with our countries by bureaucrats that understand nothing but the advancement of their own careers has gone on too long. They are dragging us closer to war by not having any clear notion as to what must be done. 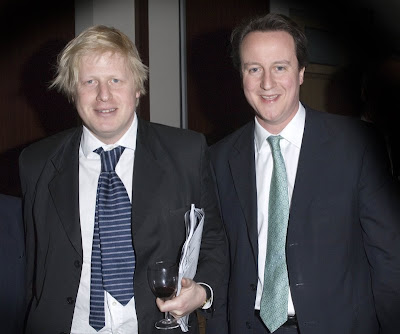 Maybe Klaus will inspire a new leader to come to the fore. There is a sore need for one to emerge and stop the drift. If Cameron doesn’t start shouting loud for the preservation of the democratic and sovereign nation states of Europe, maybe another Conservative leader can use his position of influence to join the debate, Boris Johson, Mayor of London. If the Mayor of London does not have the right to speak for the preservation of nations, then who does?