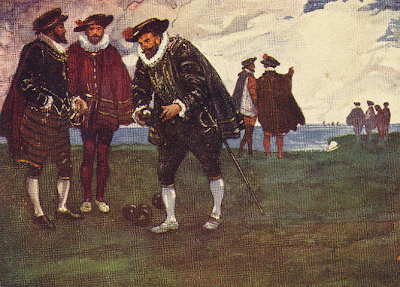 Sir Francis Drake was a cool-headed fellow, even choosing to finish his game of bowls before setting sail to defeat the Spanish Armada in 1588. Today’s heroes of the blogosphere need to be equally well balanced in their approach to events, finding time for leisure before they deploy their great minds.

With that thought, I went out in the garden this morning carrying my pitching wedge, you know, that short golf club with a big letter P cast into the bottom of the blade, and chipped away at two golf balls trying to land the second one as near to the first as I could. With no one else around to cheer apart from the thousands of onlookers seated in the grandstand in the rhododendron bushes, it was a game that became moderately dull after about ten minutes.

By chance I discovered a third ball, which I had over-hit into bushes a few days ago. The joys of rediscovering a lost golf ball costing less than $1 have to be witnessed to be believed. The moderately dull two ball game assumed a new dimension when the third ball was added. I began to imagine a scoring system to keep the spectators in the stands glued onto this new game taking place in front of their eyes.

Tiger Woods was also around, but he was too busy to join in today. He said he’d try it tomorrow. I pressed on alone. 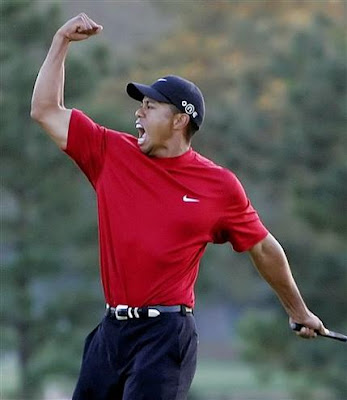 The first ball I imagined as a kind of a jack as in a game of bowls. The next two balls were aimed as close as possible to it. Once the three were landed, I then chose the ball out of the three which was closest to the other two overall.

I then measured out golf club lengths between the balls. The first length scored zero, so a good shot close to the jack gets no score. After that each full or partial length of the club scored one point, with a maximum of three points per ball. The lowest possible score being zero, and the maximum possible six. I think it would make quite a fun little game for two players, or maybe three.

If I hit the ‘jack’ out of bounds, my ‘opponent’ only had to score the line between the two remaining balls, obtaining a score advantage from my mistake.

The game was then suspended in a shower of rain, but this afternoon my brother’s children are coming over and I will definitely inflict one round of this new form of ‘Garden Golf’ upon them. And who knows? I might be able to attract other players to join me. The below would be nice….. 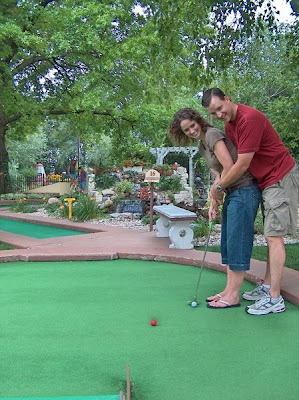 Now then, back to the serious business of blogging about politics…..except it looks like a Russian Armada cruising the Black Sea on this occasion. The Spanish are doing a lot better these days.

TIPS – Hit all balls away from buildings.

Use a mat if you’re worried about spoiling your lawn.

After 30 minutes you are ready to go back and blog once more.