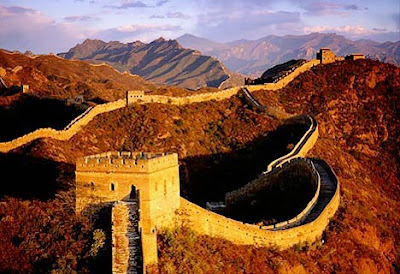 As the repercussions of the Georgian invasion and occupation by Russia are taken on board, it is the Ukraine which feels the most threatened. Putin is making moves in the Crimea, it appears, issuing large numbers of Russian passports (see previous two blog posts). These will enable him to claim that there are substantial numbers of Russian citizens in The Crimea in need of his ‘protection’. In any case, the pro-Russian Soyuz Party holds the majority in the Crimean Parliament, and the Crimea is far more pro-Russia than the rest of the Ukraine, having been Russian territory until the 1950s, with two thirds of the population being ethnically Russian.

Soyuz claim that the Russian language is being deliberately outlawed and replaced with Ukrainian, and that many Russians are being threatened with expropriation. It would not be difficult for Putin to put together a convincing-sounding reason why he needs to send in his armed forces, to ‘protect’ his ‘citizens’ and their ‘human rights’.

If the Crimea is successfully occupied by Putin, and Ukraine were allowed to fall back under Russian influence and control, if not actual occupation, it would be the end of the dominance of the EU in Central and Eastern Europe, and its programme of ‘soft power’. The US would too be pushed back to a much reduced sphere of influence. The Ukraine borders Poland, Hungary, Slovakia, as well as Romania, which borders Serbia, and Russians would be able to more easily influence events and resist American and EU programmes in all these countries, pressuring Poland not to cooperate with US or EU military plans, and more easily threatening to intervene in Kosovo.

The loss of Georgia to western influence is a setback, and it presages the loss of control of the supply of oil from Central Asia which travels through Georgia in the one pipeline, which was previously outside Putin’s grasp. But the loss of Georgia alone does not completely change the fundamental picture. The loss of The Ukraine however would be catastrophic to the idea that influence comes from the West, and that Russian power can be ignored, and that she can be drawn into playing ‘soft power’ games.

Putin is clearly not interested in soft power, and is looking exclusively at how he can deploy ‘hard power’ initiatives to break the influence of America and the EU. Were he to make moves on the Crimea, which he appears to be preparing the ground for, he could from there manipulate events in the rest of the country, and turn military presence into political control.

Putin will no doubt press on until he meets determined resistance, and only then will he stop. The West can hand him the Crimea, if it likes. But if it does, the USA and the EU should not be surprised to find themselves having to put up a fight over Kosovo later in the piece, as, once Putin has secured the Ukraine he will have direct access to nearly all of the countries that were previously Warsaw Pact. Romania would not be strong enough to stand in Putin’s way.

The tragedy for the US and NATO is that they have all their forces committed in the Middle East, and are not in a position to face down Putin at this early stage of his
expansion of influence. By the time the West decides that it has to resist him, they will face a more powerful opponent militarily and politically, his ‘victories’ being hailed as heroic across Russia.

One good outcome for Europe is that the pathetic nature of the EU and its inability to function coherently in foreign affairs, or any other way, as described on EUreferendum (See HERE), will be finally and brutally exposed. From there American policy of relying on the EU as its key ally will also be undermined. Europe will become a political, military and economic backwater, as the rest of the world surges ahead, and starts to impose itself on the weakening older powers of previous history.

THE ROLE OF CHINA

As for the USA, a recent report by one authoritative forecasting body, the Carnegie Endowment For International Peace, China will be equal in economic size to the USA by the year 2035. But a mere 15 more years after that, it will be double the size of the USA in dollar terms, not in PPP. China’s growth no longer depends on exports and is now substantially driven by internal demand, the report, written by Albert Keidel, and not available on an internet link, indicates. The world’s balance of power will be strongly affected, and Russia will feel particularly vulnerable.

Russia and the USA longterm have far more in common in needing to contain China’s expanding military capabilities, than either of them need complicated entanglements in Europe. The games being played by Putin are very short term in significance and are a distraction, designed to show that Russia can again flex its muscles, which will be taken note of in other parts of the world.

The USA should not get drawn into a war with Putin, but learn the lesson finally, and accept that Europe is congenitally incapable of defending itself, and acting coherently, and that it is not worth expending American treasure and blood defending a continent that will not defend itself.

Once the dust settles, and the bodies are buried, it is far more likely that the USA and Russia will be the most significant alliance looking into the future. The sooner Putin’s short-term games are complete in Europe, and the EU is finally humiliated as it is bound to be, the USA and Russia should start exploring ways to cooperate in the Middle East and Asia. Fighting over the past is a waste of time, and putting oil as the only strategic objective is also to miss the point. Getting ready to meet the future, and the surge in China’s power and influence is not.