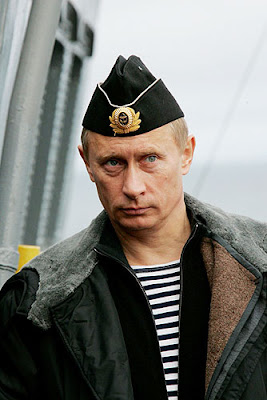 The brutality of the Russian occupation of Georgia is quite shocking. The Russians in and around Gori are murdering people(Chechens and Cossacks), burning houses, destroying property and raping women and girls, as reported on the BBC, but not much emphasised. The reporting focuses on the higher level negotiations with the Russians about when they will carry out their promise to withdraw from the Georgian territory they have occupied.

The assumption seems to be that the Russians will carry out their promises, but Russian actions in general don’t seem to match many of their words. What if withdrawal is not in Putin’s mind, and the next step is not withdrawal but an advance into further territory.

The Russian Black Sea fleet is currently positioned on the coast of Georgia, and could easily return to base carrying troops from there to be used in the occupation of territory of The Crimea, for example, forming a bridgehead for a more general advance into the Ukraine. Of all the possible objectives available to Putin, the Port of Sebastopol, where Russia’s Black Sea Fleet is based until 2017, has to be high on his shopping list. 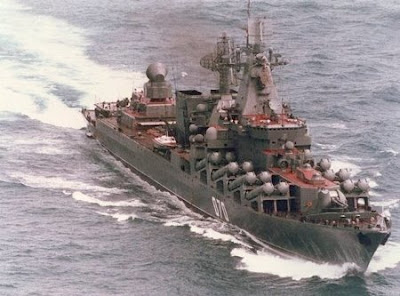 Putin will need to fabricate his usual sickening excuse for going in to ‘protect Russian citizens’, so some kind of incident would be manufactured or orchestrated first. It would seem almost impossible that Putin will bring his army back to base now, when he will be salivating over whether he can get away with any more military gains.

The only question will be, as Putin makes his advances, whether the West will make a military response. If they only carry out diplomatic efforts to contain Putin, he will get Medvedev to agree with Sarkozy or whoever, and then completely ignore them both, acting as if in a diplomatic vacuum. (One might be tempted to draw poignant historical parallels)

By coincidence there is also a NATO fleet operating in the Black Sea near to the Crimea off the coast of Bulgaria and Romania, carrying out a long planned exercise. See IHT report HERE.

NATO warships entered the Black Sea on Thursday for what the alliance said were long-planned exercises and routine visits to ports in Romania and Bulgaria.

‘The move is not linked to the tensions over Russia’s invasion of Georgia, which lies on the eastern shore of the Black Sea, about 900 kilometers (550 miles) from the Romanian coast,’ said officials at NATO’s military command in southern Belgium.

Three warships — from Spain, Germany and Poland — sailed into the Black Sea on Thursday. They are due to be joined by a U.S. frigate, the USS Taylor, later this week.

They are “conducting a pre-planned routine visit to the Black Sea region to interact and exercise with our NATO partners Romania and Bulgaria, which is an important feature of our routine planning,” said Vice-Adm. Pim Bedet, deputy commander at allied maritime headquarters in Northwood, England.

However, the move risks increasing tensions with Russia which has deployed ships from its Black Sea fleet to the Georgian coast.

If Putin’s next moves are on The Crimea, they could be inconvenienced by this little fleet. It could create a nasty stand-off or trigger a major incident. If that happened I imagine Putin will be far better prepared than NATO’s forces, having devastating firepower at his disposal (as in the picture above). But if NATO backs down a second time, Putin will only be encouraged to make further moves. Somehow I don’t think he’s bright enough to quit the military game while he’s ahead.

Is this how Putin will carry out his intervention in the Crimea? From the IHT –

Ukrainian lawmakers are investigating reports that Russia has been granting passports en masse to ethnic Russians living in Crimea, a tactic Moscow used in the Georgian breakaway republics of South Ossetia and Abkhazia to justify intervention to protect its citizens.
Full article here HERE.