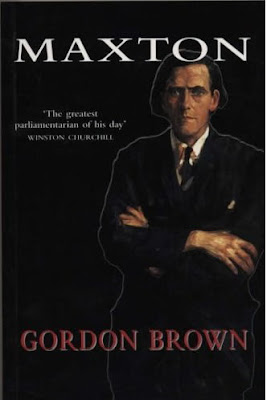 Looking back over the time that Gordon Brown has been the man primarily responsible for Britain’s economic performance, many people are left wondering how one man, who claims to have been a great success story, can have done so much damage to Britain’s economy in such a short period. In 1997 when New labour came to power, Britain had one of the most successful economies in the world, 4th in size and 4th in the ranking for most competitive. Ten years later we are respectively 6th behind Italy and China, and in competitiveness we have disappeared, now at 19th.

Brown made quite a few disastrous decisions. He taxed the receipt of income being saved into pensions. As a direct result, final salary pensions schemes which protected millions from poverty in old age have collapsed, and been replaced with the far less adequate money purchase pensions. Brown sold off half of Britain’s gold reserves at the bottom of the market, losing billions as the price has since recovered. And to add insult to injury, he imposed extra taxation on North Sea oil companies on two occasions which has had the effect of driving them out of the North Sea, making Britain into a net energy importer, just as the price of oil hits record highs. This too has cost the country billions, and Brown is left pathetically begging the Saudis to pump more oil to try to bring the price down again. See John Redwood HERE.

Can it be mere coincidence that Brown has been so destructive of wealth? He seems to be determined to destroy the country’s economic strength at every opportunity that presents itself. By turning National Insurance into a tax, he effectively converted a 40% top rate of income tax in 1997 into one of 65% in 2007. By not raising thresholds in line with inflation, he has made Inheritance Tax from a voluntary tax, paid only by the rich, into a compulsory one, paid by people of average means.

One result of all these measures has been the largest emigration of people from Britain since the early part of the 19th century. Then the people who left, went because of economic hardship and lack of prospects. But the two million people who’ve gone since 1997 have left at the time of the longest economic boom the country has ever ‘enjoyed’. They have been driven out, and the people going are invariably the wealthy, the qualified and the entrepreneurial, maybe even a greater asset than the oil, the gold and the lost pension savings combined.

Replacing those departing has been a torrent of low-skilled immigrants to carry out the menial tasks that Britons will no longer do, cosseted on a cushion of Brown’s social security, making millions of people dependent on the state who could otherwise be working.

The disaster is so complete, and so unnecessary that you have to ask what could possibly have motivated an apparently intelligent man to wreak so much havoc on the 60 million inhabitants of Britain in so short a space of time, in the name of Prudence, and his continual claim to economic success.

New Labour told the people of Britain that it would no longer be socialist and neither would it be capitalist, and that it had found a Third Way where wealth creators would be allowed to create wealth, but that the wealth created would be distributed more fairly amongst the population. It all sounded just perfect. There was no mention of the fact that private pensions would be decimated, that Britain’s gold reserves would be given away, or that Britain’s oil industry would be driven out by erratic banana-Republic taxation, as well as 2 million of her more able citizens.

Nor was it suggested that mobile telephony would become effectively another source of government revenue, or that public transport wold be come the most expensive anywhere in the world.

So again the question has to be asked. What exactly does Gordon Brown imagine he is doing?

Does he have another agenda – one not to create wealth as he claims, but to destroy wealth, not to build a society which grows and builds trust, but one which drives out anyone who succeeds? Looking back at his record before he came to office, there are things which would suggest that this is entirely possible.

Well hidden by the minimal biographical detail he provides of his time as a historian, is the rather glaring (on closer examination) evidence that Brown was never a believer in the principles espoused by the New Labour that he created, at all, and indeed that the whole facade was created to deceive voters into believing Brown was something other than what he truly is.

It is often stated by Brownian biographers that, unlike other high-ranking Labour politicians, he was not taken in by Communist Party membership as a student, and that he remained loyal to the Labour Party from the very beginning. I guess they repeat the story they are given. But Brown clearly had one major fascination which has underpinned his political development right through from his student days and into his adult career, and that fascination is with just one character. This person is none other than James Maxton MP of the Independent Labour Party, who lived from 1885 to 1946. It sounds innocuous enough.

It’s not a name that shouts out at people today, and 99% of them would never have heard of him, but Brown not only based his Glasgow University PhD on this man, but he also subsequently penned Maxton’s biography, published as recently as 1986. Maxton’s career speaks volumes to anyone who wants to look into the detail. Apart from being a conscientious objector who went to gaol in WW1, and who was still advocating pacifism throughout WW2, he took up the most extreme left wing positions at every opportunity. He was furious that the Labour Party formed a deal with employers after the General Strike in 1926, and as a result broke away to form the Independent Labour Party. He was the most extreme of the extremists.

Brown’s own biographical pass over any detail about Maxton, leaving him as a rather anonymous character, worthy of interest only to those who have academic interest in political history. But not only was Maxton himself unable to see any practical reason why anyone should be able to create wealth and then be allowed to keep it as individuals, there is the evidence that he too had a political hero who inspired his actions, beliefs and words. Maxton too wrote a biography, and was clearly inspired and strongly influenced by the person whose life he described, one Vladimir Ilyich Ulyanov, or to you and me, Comrade Lenin.

Now it wouldn’t do to admit that Gordon Brown, New labour Prime Minister of Great Britain was a Leninist, but if he was, and it seems he is in love with the notions of Leninism, it would frankly explain why he has destroyed our economy so conclusively and so stupidly in such a short space of time. Only a class war fantasist could imagine it was a good idea to lay waste the totality of the country’s middle class savings for old age, or to throw away its gold reserves, and so on.

That said, Maxton’s biography of Lenin seems very readable, and Brown’s account of Maxton too. And how appropriate that the ideas of Lenin, which developed at his favourite thinking place, the Library of the British Museum, should, one hundred years later, be applied in London and Britain by an unreconstructed class warrior, and believer in the destruction of privately owned wealth.

Gordon Brown, Comrade Lenin would indeed be proud of you.

9 Responses to “Gordon Brown Is A Leninist.”