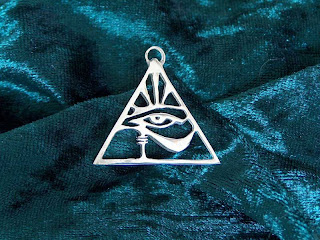 The Eye Of Horus,  Egyptian God – the original ‘horror’ story
Hi, I am an avid reader of your blog, along with aangirfan, the slog,chris spivey and the needleblog and the Icke forum. I wanted to throw a few things into the mix, as I have noticed Bill Schnoebelen cropped up recently. I have listened to clip of Bill talking and he links to The Tunnels of Typhon, which is to do with the chakras and why the eye of horus is linked to access to the chakras. The anus is supposedly the eye of horus.
There is more info on the subject on Sons-of-Liber-Typhon-by-Salvatore-Tommy-Ganci-SaToGa. Just my opinion, but I think that the rape of young boys has a lot to do with immortality etc and not just the obviously perverted sex act it is. I just want to get all the smart folks doing research to kick this around, as I think it is relevant to a lot of the child abuse going on worldwide.
On the Icke forum, somebody came up with a Leeds University Research Enterprise (LURE) link to Savile. I know that Graham Ovenden has a picture of a young girl titled Lure Me from 1971. May be relevant or may just be coincidence. Not much of a believer in coincidences though!
I use Ixquick as a browser but noticed that when I go on Rumor Mill News, it tells me how many posts there have been since I last visited. This is a browser that states your IP address isn’t backtracked! I don’t doubt that this email is going to be read by agencies that monitor the internet along with all phone calls. I cannot access some of the blog accounts from my home pc and my DI account appears to be blocked, so I’ve emailed you the above info. Don’t mean to be a pain or lead people down dead ends but I’ve noticed the shills are out and about on Icke’s site and value your credibility.
Regards, Steve
The Tap Blog is a collective of like-minded researchers and writers who’ve joined forces to distribute information and voice opinions avoided by the world’s media.

16 Responses to “Child rape a device to achieve immortality”