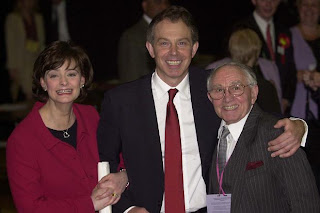 Leo Blair, Tony’s father dies
you do wonder if Stedra Rulz’ theory was right
Tony and Leo were rarely seen in public together.  There isn’t much likeness between father and son.
Stedra sent a video of Blair talking and Jacob Rothschild.  There are similarities.  Blair’s mother was a Lipsett, making Tony Jewish with a right of return to Israel, whoever his father might have been.
If Stedra’s on the right track, Tony might be a half brother to this chap…… 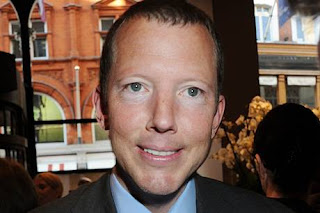 Nat(haniel) Rothschild.  You have to say, he looks closer to Tony than Leo in features – 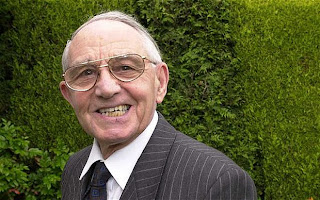 I can’t find a picture of Hazel Blair nee Lipsett, Tony’s mother anywhere.  For the parent of such a famous person, the hiding away seems a little odd.  All the media pictures of Leo this week announcing his death have shown him either alone or as the same height as Tony.

If Tony Blair is in fact bloodline, that would explain how he floats above the political system, lands plumb jobs at every turn, Yale University, Middle East ambassador,  J.P.Morgan  and is untouchable, paying little or no UK tax, getting favourable and cooperative media and still hoping to be President of the EU.  The parenthood of his own children is another interesting topic.

5 Responses to “Who was Tony Blair?”