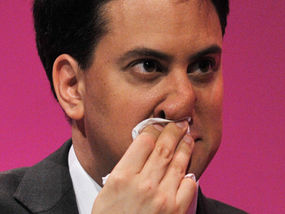 I suppose the name you’ re after is Mrs Clegg – as she is one of the main people on the European Wimd Turbine Co.

As for Carbon Credit scams,  check out the Milliband Brothers. They’ve been asked before ( but won’t answer) what is their involent in a £60 billion credit ‘deal’.

And check out David Milliband and Caroline Flint’s involvement with J Budge Mining in Doncaster. They got him a £68 million grant when in power for a Carbon Capture scheme.


He sold out and nobody knows where the money went. His local constituents have written to them but they won’t answer.

One Response to “Did The Miliband Brothers Scam GBP 60 Billion Carbon Credit Deal? They Don’t Reply.”