Panel to discuss use of U-Tapao

Supalak Ganjanakhundee
The Nation on Sunday
Los Angeles June 17, 2012 1:00 am

US military personnel arrive at U-Tapao airport for the Cobra Gold joint military exercise with Thailand and other countries. 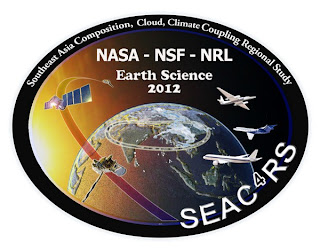 It was clear that the humanitarian aid and disaster relief centre had nothing to do with the National Aeronautics and Space Administration (Nasa)’s request to use U-Tapao for its weather research aircraft.
Cabinet will discuss the use of U-Tapao for the two purposes next week. But if the projects became too much of a political burden for the government, Surapong said he would drop them.
TAP – All the NASA stuff denied of course.  Looks like India and Pakistan could be prime chemtrailing targets along with Vietnam, Laos, Cambodia and possibly China if the Chinese will agree to be chem’ed.
The Tap Blog is a collective of like-minded researchers and writers who’ve joined forces to distribute information and voice opinions avoided by the world’s media.

One Response to “The Chemtrailers Arrive In Thailand”